Imagine if you can, a futuristic history lesson that captures our own historical now. There’s interactive textbooks showing a rising line graph of carbon parts per million plotted against increasing temperature. As the children’s eyes track along the graph, dynamic illustrations pop up from the industrial revolution, through to Shell poking that first oil pipe into the Arctic last week…

“What will happen” – the world weary teacher will say – “if you artificially and dramatically alter the atmosphere in which plants, humans and ecosystems have evolved over millenia?”

“Change will happen…” – some child will venture.

“Yes – please swipe to the next page to see how” – and children will gasp in horror at the ignorance and selfishness of their predecessors, in the same way we did when we were children, and turned pages on Apartheid, the slave trade and the Roman Colosseum.

Let’s back up, to the history that we know.

In 1899, the commissioner of the US patent office, Charles H. Duell, famously said:

“Everything that can be invented has been invented.”

This of course seems childishly blunderous, in hindsight, with the advances the Twentieth Century would bring. However in the fifty years that Duell had lived – he had already seen the invention of American football, the internal combustion engine and the solar cell. He had also seen the abolition of slavery: His country split into two as the people of the Confederate States guarded their right to keep 3million Africans and their descendants in captivity. It must indeed have been tempting to feel that wrongs had been righted and that civilisation was at its height.

The American poet philosopher, Henry David Thoreau, was a contemporary of Duell’s. In the mid C19th he went to live in a cabin, in the woods, 15miles outside of Boston, Massachusetts. He spent his time reflecting on how overly complicated everything seemed to have already become by 1845, and wrote in his subsequently published work Walden that we should strive for “Simplicity, Simplicity, Simplicity!

The complexities of Boston in 1841

Whilst Thoreau would be dismayed by the course of history, he did however have an uncanny knack for being on the right side of it. He was a passionate antislavery campaigner and was an active participant in the Underground Railroad that helped escaped slaves reach Free States. Today of course, slavery seems like an ancient anachronism; like night and day – its immorality so startlingly apparent – its supporters so deplorable. And yet, to judge societies who kept men, women and children in slavery, is to perhaps overestimate our own point of vantage, in a similar way that Duell did – an assumption that we live in a time of moral ground zero where everything, to paraphrase the patent commissioner, that can be thought, has already been thought.

“I have no doubt that it is a part of the destiny of the human race, in its gradual improvement, to leave off eating animals, as surely as the savage tribes have left off eating each other when they came in contact with the more civilised.”

Such radicalism over vegetables still seems extreme today. About as radical as his contemporary stance on slavery would have seemed in his time, or his commitment to protecting the environment.

In order therefore that we avoid the same fate as Duell, we surely must be open to the idea that societies exist in a state of constantly shifting status quo, where our present values may one day seem reprehensible: Where once the Romans sipped fermented grapes, watched gladiatorial flesh being torn in a ring and congratulated themselves on such wholesome good living – today we still happily eat meat.

And yet, our carnivorous ways will not be what ultimately stigmatises our historical moment in the history books. It will be something bigger than that, which doesn’t bleed and stain the floor of any colosseum, or weep, and ache, and rattle its slave shackles before us.

There’s an elephant in our atmosphere. It’s injustice is silent and fed by apathy and ignorance and the pacifying soundbites of pay-rolled climate change deniers who compete to scream the loudest that nothing, in fact, is going on at all. When the ebbs and flows of ice ages fail to provide an answer, and the carbon that had always previously been stored underground, has been released; the damage will perhaps be irrevocable; the changes to our planet will be undeniably manifest and these rent-a-quote pseudo scientists will have long since changed the signs on their door. Environmental policy will finally become one of the main criteria by which we choose our governments, and by today’s standards – we will all be environmentalists.

The new children’s textbooks will then start to be written. The page entry will come just after the abolition of bear baiting, fox hunting and the triumph of gay marriage. And then in class, there’ll come a question, similar to the ones we puzzled too as children –

“How did they not see that they had got it so wrong?” 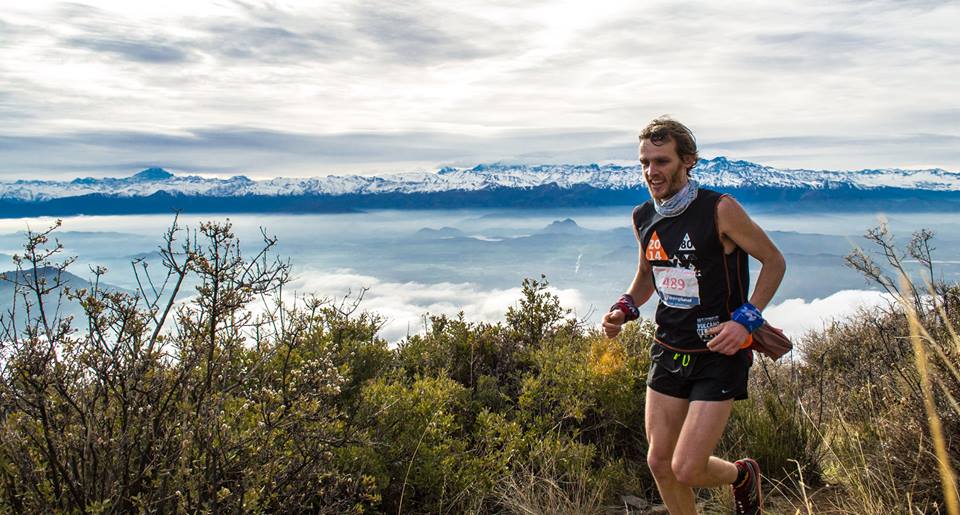 A wildly beautiful and brutal experience in Chile’s coastal mountains this weekend, representing GreenBeanTrails. It was all thanks to Latitud Sur’s most recent event on the calendar – The Til Til to Lampa Traverse. We passed through golden oaks, alpine lagoons and remote valleys – washed a verdant green after the recent winter rain. 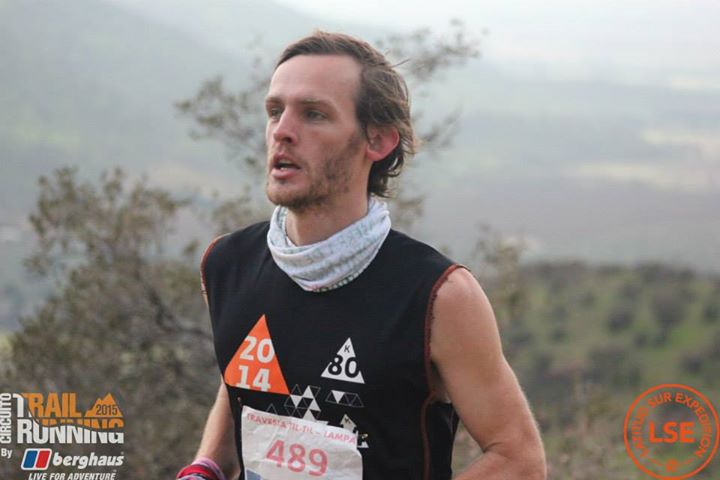 Whilst the rest of the word is going crazy over vertical km races, here in Chile we’re quietly racing 1.7 VKMs over the first 4miles of the race…and then going on to run the rest of the mountain marathon with a total of nearly 3,000m vert. It’s all a bit too much for this Brit. who just 12 months
ago had a mere 200m “summit” to train on. 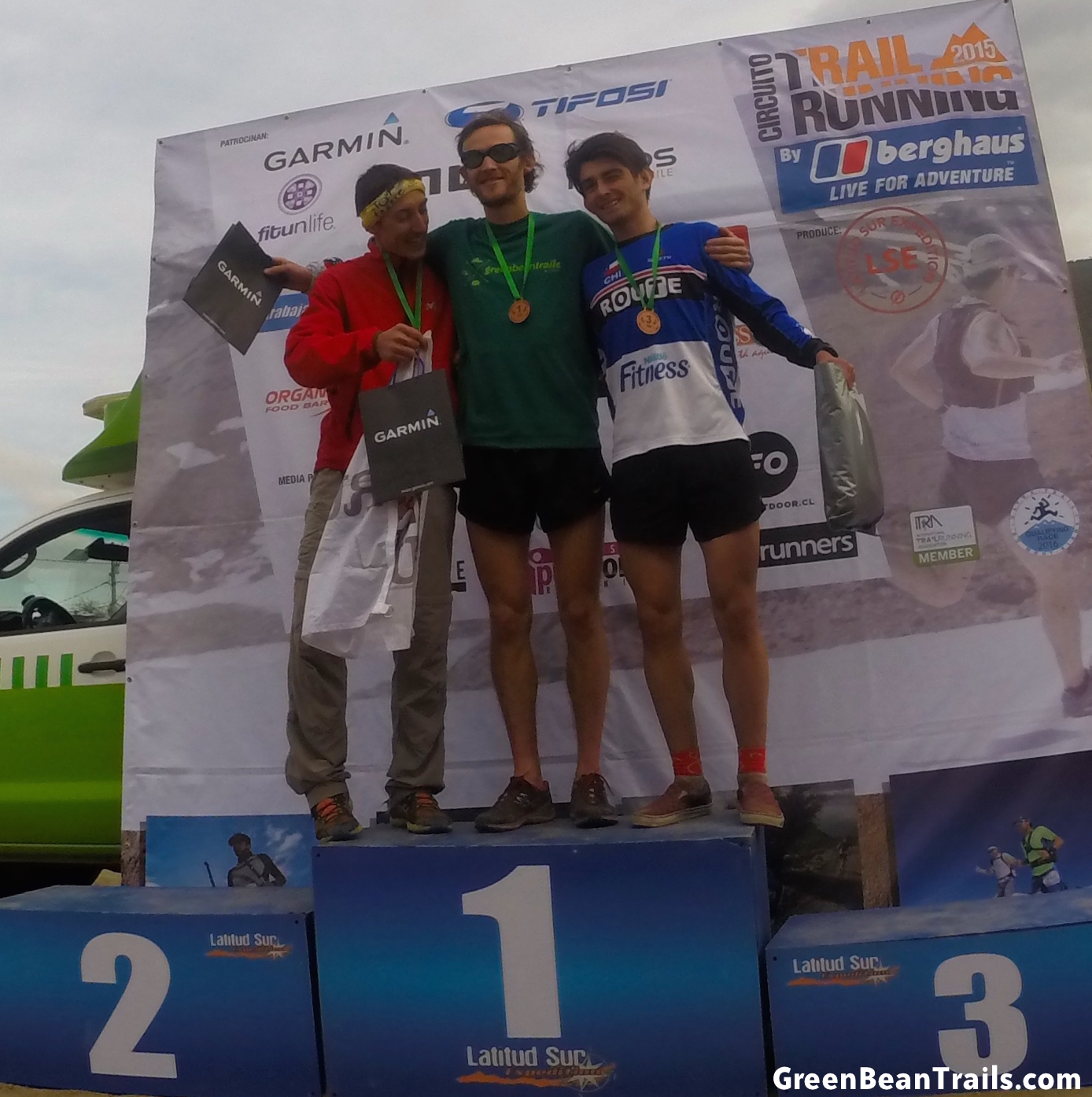 Many thanks to Pablo Garrido and his tremendous team. Many thanks also to Matias Bull from Tail Chile for keeping everyone informed during the race and to Max Keith for taking such mind bending photos. Race directors: you need these boys at your races!