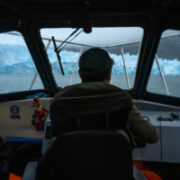 The following is an extract from my feature story for the June 2022 print edition of Geographical, telling the madcap story of iceberg acquisitions. I researched and photographed this feature in Chilean Patagonia, following leads to South Africa, Iowa and the Arabian Peninusla. 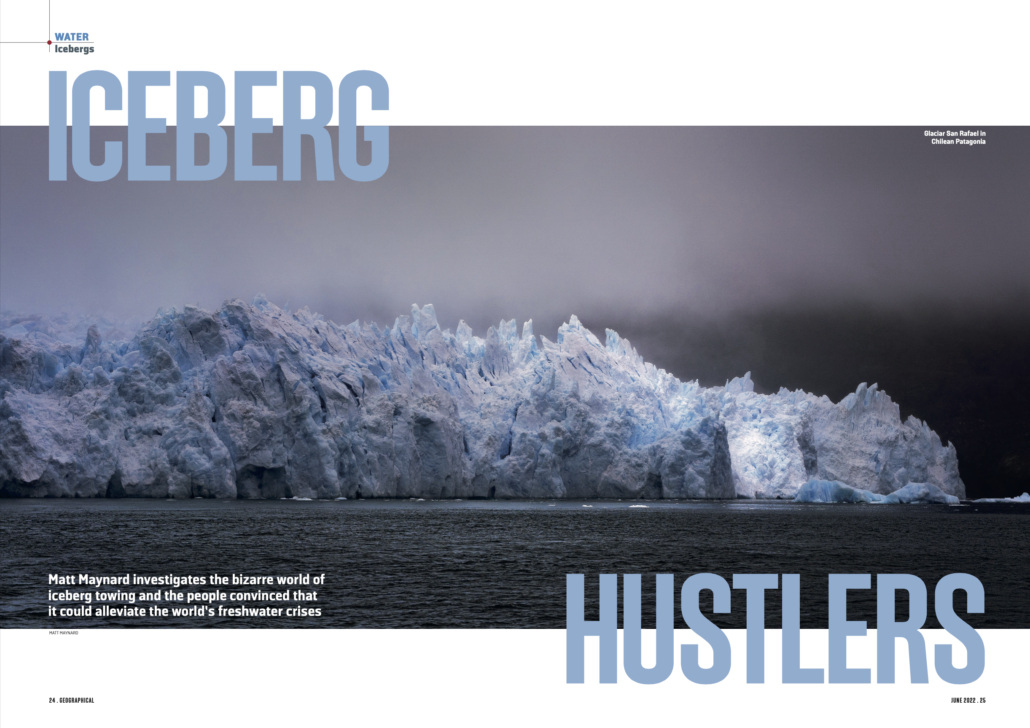 The clag is down and the icebergs loom out of the dark fjord. Our captain cuts the outboard motor and we glide silently through the grey water. The fibreglass hull grinds alongside a serrated frozen slab. It sounds like a kayak being shredded in a sawmill. ‘No pasa nada,’ he reassures us.

For the past hour, on our final approach to the San Rafael glacier, we’ve been increasingly sighting icebergs. Now, at the head of the fjord, we’re surrounded by them. In front of us, finally, is the ten-storey snout of the iceberg factory itself.

I had come to the Chilean Patagonian region of Aysén in February on the trail of the 19th-century iceberg hustlers. One hundred and seventy years ago, seamen from the port city of Valparaíso ventured 1,600 kilometres south to the relatively unexplored Patagonian territory. At the foot of this oceanic amphitheatre of ice, they lassoed their cargo and attached it to a tug. Round- up complete, they sailed out into the open sea, dragging their icebergs back up the Pacific coast for more than a month. Back at the dock, they unloaded the thousands of years old ice, which would be transported to breweries to refrigerate the city’s beer.

It sounded like the most fantastical cottage industry of modern history. I imagined piecing together a frozen- fingered, hemp-snapping, cargo-melting tale from the past. But then, as we drift ever closer to the glacier, our captain tips me off. Just ten years ago, he says, local police detained a clandestine cargo of icebergs extracted 160 kilometres south of here in Bernardo O’Higgins National Park. He pauses. A sound like an entire forest being snapped in half cracks across the water. A townhouse- sized slab dislodges from the glacier, depth-charging into the sea. The iceberg lorry, he continues, unrattled, was headed for the nation’s capital. He even knows the driver.

I sense that modern iceberg smuggling to make pisco sours for well-heeled Santiaguinos is a much better story. And it doesn’t stop there. By 2015, I discover, the contractor mentioned by the captain had formed Merchant and Exporter Patagonice Limited, a registered company dedicated to the extraction, transport and sale of icebergs. I find other companies, too, attempting to sell premium iceberg water in Chile and even to use it to make vodka in Canada. And then I hear about the modern iceberg haulers: about Abdulla Alshehi and the UAE Iceberg Project planning to bring an Antarctic iceberg twice the size of Wembley Stadium to the Gulf of Oman and the city of Fujairah. 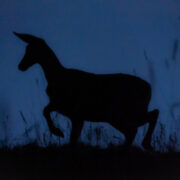