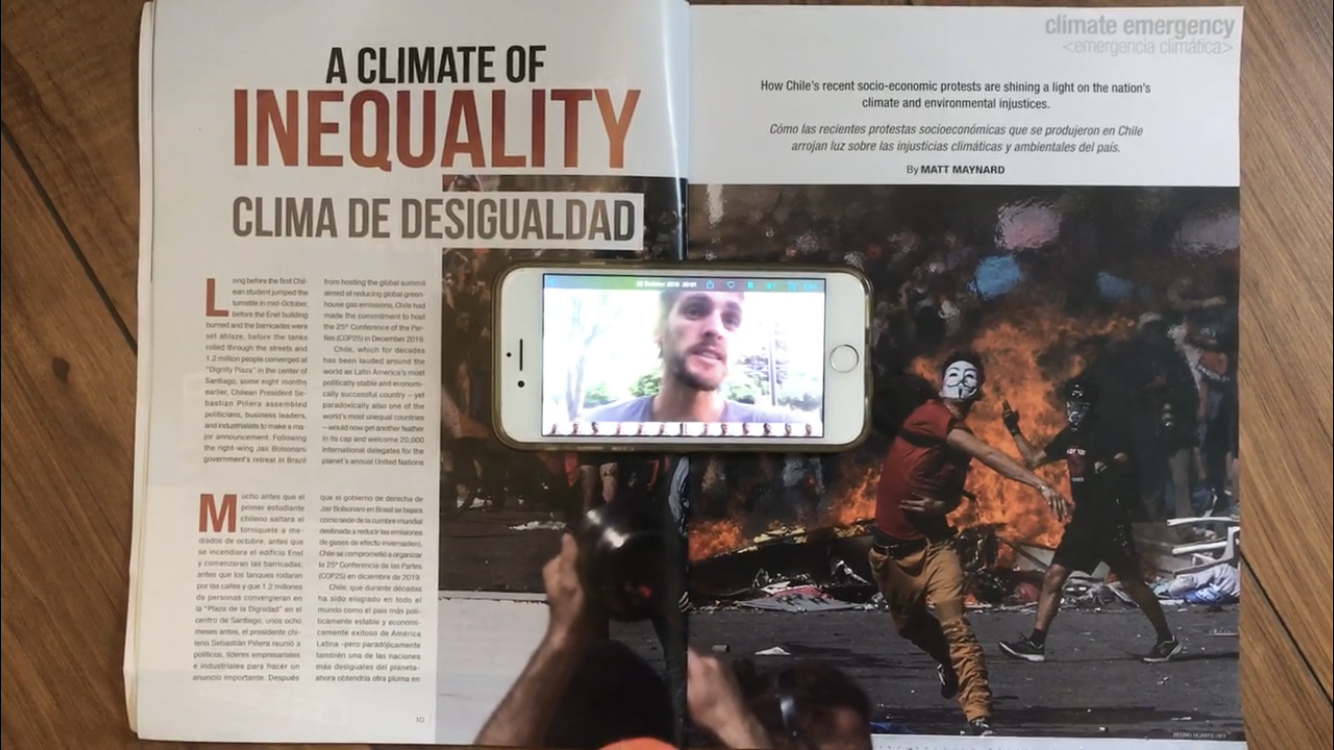 For video reporting (in Spanish) from the streets of Santiago during the October social crisis, click this link.

In the 21st issue of Patagon Journal I wrote and provided the photography for the lead story, “A Climate of Inequality.”

On the eve of the October 18th 2019 social crisis in Chile I was in the coastal town of Quintero, in an area commonly referred to be Chileans as a zona de sacrifico (sacrifice zone). Quintero is very close to an industrial corridor where multiple coal power plants and a national copper smelter  have been linked to chronic and acute air pollution incidents. I was meeting the Durán family that day, who are being broken up as they struggle to relocate their son to safety after he began passing blood in his stool as a result of exposure to the contamination.

I travelled back on the bus to Santiago that night, following increasingly dramatic reports of rioting in the city, until I could see the burning barricades for myself out of the window.

The social crisis over rampant inequality  in Chile has strong links to the environmental crisis according to the head of the Chilean for Climate Science and Resilience CR(2), Maisa Rojas.

I picked up these nexus issue of social-enviro-climate justice in Chile, for the Climate of Inequality story. You can subscribe to the magazine and read it here.