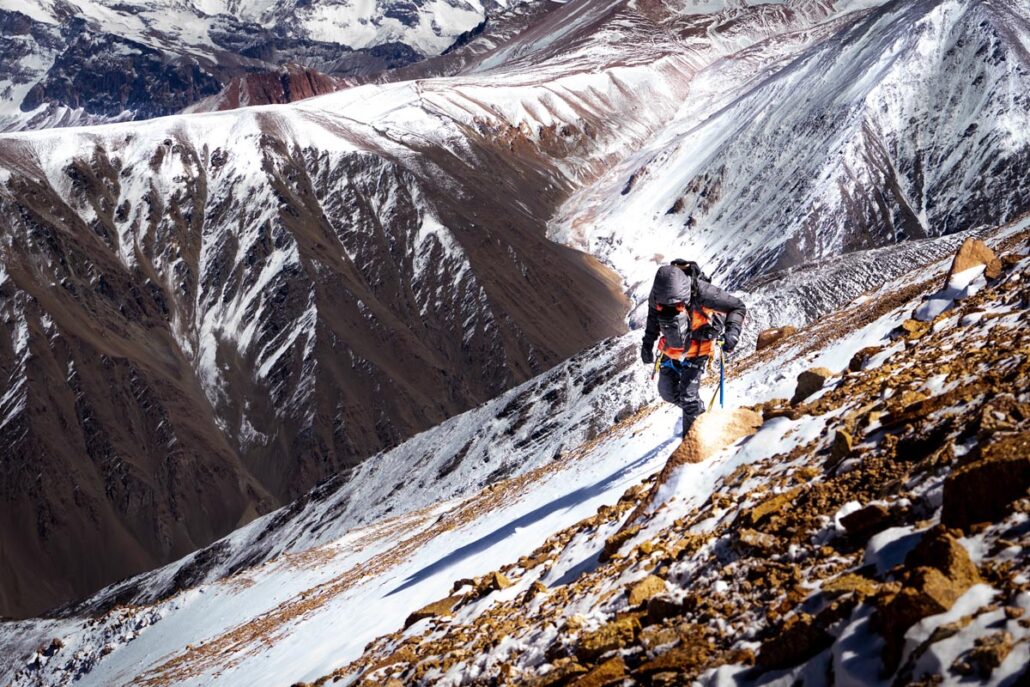 Behind the camera I mean

Telling an enviro-adventure story about our search for the 1947 Star Dust plane crash in the Argentinean Andes.

Originally from the UK,  I’ve based myself in the Chilean Andes outside Santiago since 2014 for work, adventure and ocular plunder

This October I had to sneak past the private security guards at a hydroelectric construction site to gain access to the public lands of the Fundo Rio Colorado estate. Access issues in Chile have been a big focus of my work the last five years.

But in the context of the nation’s referendum to overturn the dictatorship era constitution just the day before we set out, the failure of protocols for access to land belonging to each and every Chilean meant we felt more emboldened than ever in our mission to go to the mountains.

Here’s a teaser of just a few photos that will be published in the February 2021 issue of Geographical magazine. They will be accompanied by my story of the citizen led Queremos Parque (We Want a Park) campaign to declare this British Peak District sized land a national park.

words and photography by Matt Maynard

Great piece by @MattNMaynard on how to hike across the Grand Canyon; the nat park is 100 years old https://t.co/fY0y3fUZ34