Words and photos from all the adventures below on the Greater Patagonian Trail, published today at Outside Magazine.

I’ve got a new nasty habit.

It crosses mountains, swirls down rivers and cuts across lakes in its journey from my backdoor in Santiago, to deepest Patagonia in El Chalten. 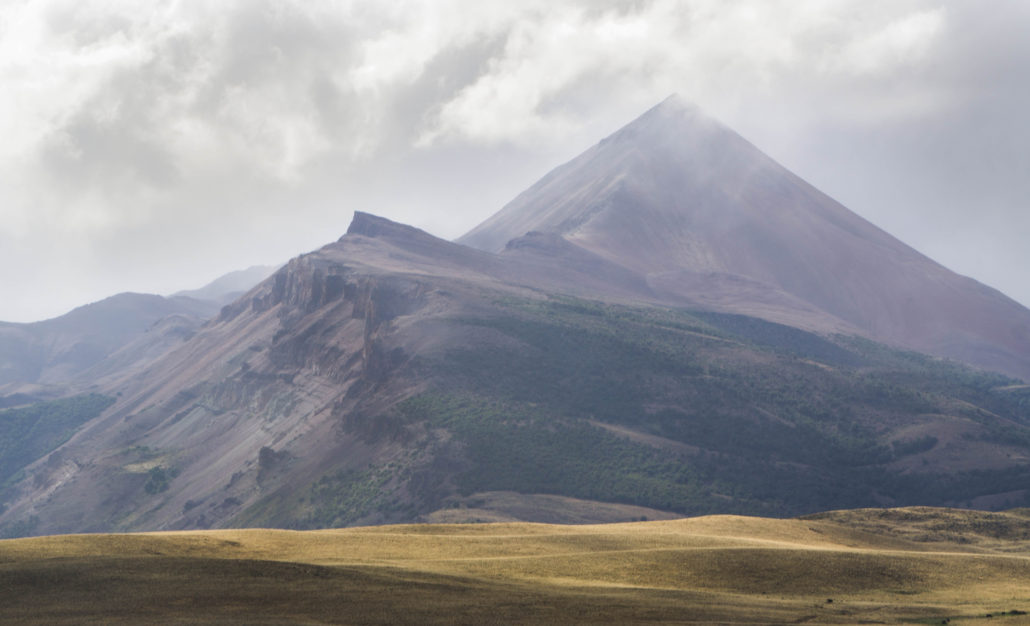 The GPT  is spearheaded by Jan Dudeck, a German explorer who imagined most of the route by studying satellite imagery, before 11+ summers on the ground discovering what he had seen from space. Today it continues to be fashioned by the feet of only a handful of crazy thru hikers.

Below are some of my section-hiking encounters below, with what is set to become one of the most classic long distance hiking routes on the planet.

On January 21st 2018 the Royal Geographical Society’s magazine ran my first story from the trail – “The 3000km Trespass” in the February issue of Geographical.

– Popeta to Coya via Paso Coligues –

Before the snow came and antipodean winter set in properly, I wanted to try and push my end-point from trip three further south. Hopping a few tubes, trains and buses, I slept just outside the village of Popeta.

From here I set out to have poke around an “investigation” section of the GPT that Jan Dudeck had yet to explore, but had observed animal and arrriero horse tracks via satellite image.

Day one took me high into the Rio Claro valley before camping at 1700m in the tight-cleft of a canyon which is referred to in some places as the Quebrada de Cepillo (or Little-brush Valley).

Day two and three I pushed over the pass I believe to be called “Paso Coligues” (due to a small lake on the northern side with a similar name,) and continued pushing my way down the precipitous Rio Claro de Cauquenes valley, under the watchful eye of condors and the ferocious Chilean sun.

It will be a few months now before I get back out there. When the snowline lowers once again, I hope to explore the magical Volcán Descabezado region in Maule.

At the end of Feb, I headed to the deep south to the Aysén region. In 12 days we hiked the opal-laked Parque Patagonia trek, and the glacier drenched Cerro Castillo circuit.

– Northern Trailhead from Parque Nacional Rio Clarillo to mine above Coya –

At the end of January, I gave myself a few days off. (These freelancers, ey…) With a 30litre bag, I spent three days and two nights on a solo fastpack trip, tackling the first 80km south from Santiago.

Back in 2016 my pal Alan and I set off on an ambitious 450K autumn bikepacking trip into the Arauacanía region of Chile – home to the indigenous Mapuche people.

We didn’t know at the time, but for a good 150K we were on Jan Dudeck’s nascent Greater Patagonian Trail route. Most of the photos above are from after we left the equally wild Reserva Nacional China Muerte, and cycled on the GPT trail past Volcano Solipulli down to Curarrehue.

We sure did have a blast riding for five days between volcanoes, through monkey puzzle trees and beside this mystical region’s charging rivers.